After a wonderfully long visit home Tim and I, a month after him, arrived back in Fiji.  Poor Tim was forced to develop a few culinary strings to his bow starve.  He became a master of the pasta or rice casserole, though he did mention how surprisingly difficult cooking and meal planning actually was.

The day after I landed we took a taxi into Lautoka, Viti Levu.  Sharyn, our taxi driver for the round trip journey had some very useful local information. For example, as obvious tourists there is always a niggling feeling that we might well be paying a higher price than the local population.  Sharyn told us that all pricing is regulated in Fiji whether you are shopping in the open air market or a supermarket.  The only exception are shops in the tourist areas where the prices are substantially higher.
The fresh produce markets are our favourites. 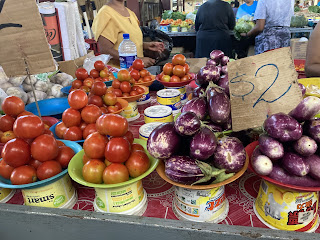 The fruit and vegetables are ingeniously displayed in the quantities they are sold in. 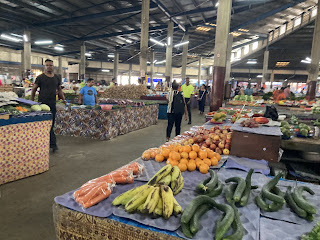 The markets are huge and very airy.  There is a wide range of produce on display and many tables displaying the same types of produce.  It is a wonder if and how everyone manages to make a living. 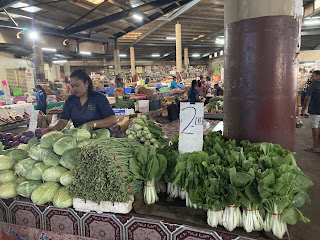 Wonderful green veg.  I particularly like the long beans.  You can cut them to any length you like and they keep for ages in the fridge. We have to be so careful not to buy more fruit and veg than we can store in the fridge. 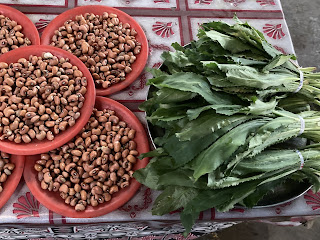 This was all one table held, pigeon beans, I think, and shaddo beni, which is a herb very like cilantro/fresh coriander in scent and taste. We last saw it in the Caribbean. This was a little tougher than the Caribbean variety and the leaves have serrated edges sharp enough to make one say ‘ouch’ when you brushed against them. 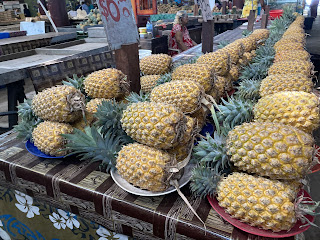 Having a taxi driver guide was useful as Sharyn hustled us over to the ‘best stands’ which turned out to be run by a friend or relative. It did not however lend itself to a slow stroll thorough the market and all the market photos here were taken on a subsequent visit when we took the bus into Lautoka.
Cane sugar is a main export for Fiji and at this time of year the harvest is very nearly over.
The sugar cane is brought to the processing plants by truck and by a narrow gauge railway. 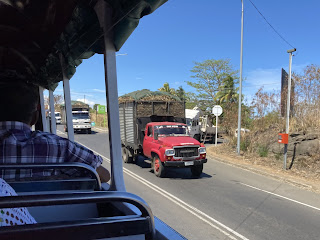 Sugar cane being transported by truck. 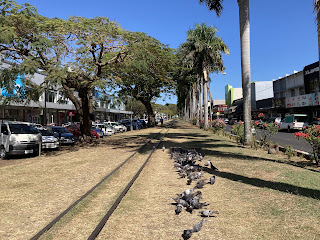 On the taxi ride, we did see train load of sugar cane passing through the town. It is late in the season and even Sharyn was surprised it see one. I wasn’t quick enough to get a picture so I have had to settle for train tracks with pigeons.

This is one of the many processing plants we passed. The view from the bus on our return journey was better than most. 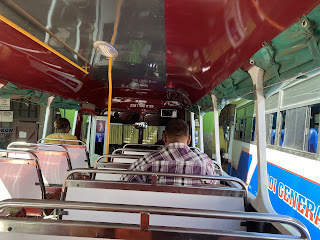 It was a more of ‘tourist’ bus and was wide open along the sides with only roll down screens to protect the occupants should there be rain. 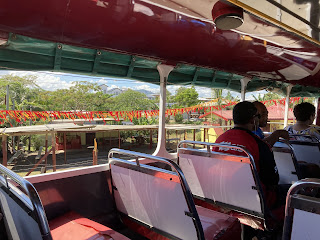 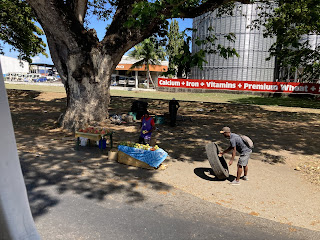 The roadside table where we bought our first mangos. The mango season has just started and we have been eating mangos daily. 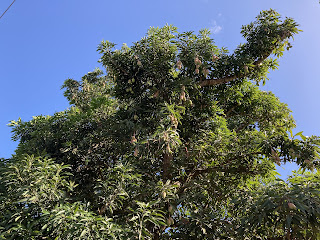 Along the road we see trees laden with mangos, but only at the top. The low down, within arms reach, the trees are bare.  I saw a guy throwing a large stick trying to knock loose high up mangos. It didn’t work while I was watching. The big beautiful mangos I used to make chutney were $2 each. 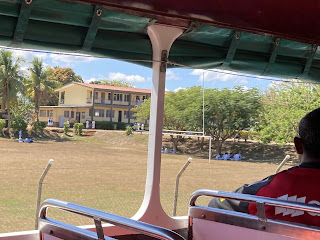 Students in all is white in manicured school grounds. 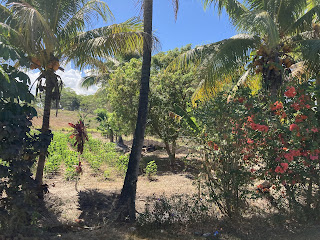 Farming Fiji style.
As we were leaving Lautoka, I saw aubergines/eggplants dangling from the stems of their short little plant. I had never seen how they grew before but was too slow with the camera. 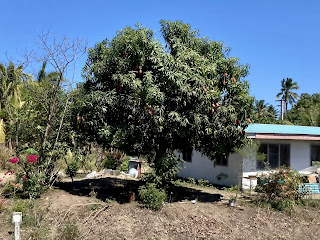 Mangos are a beautiful tree giving both fruit and shade. I do long for a mango tree in the garden. :) 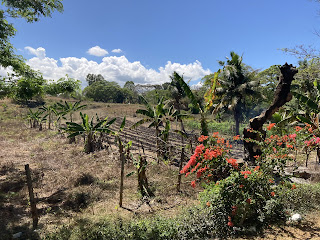 A small field in a totally tropical setting. 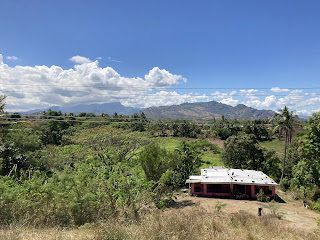 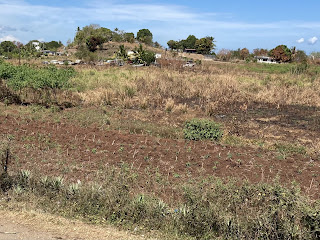 Another field planted with… something! I wish we had more time to investigate what is grown and who is growing it. This is now the dry season. Back onboard - Cabbage, pumpkin, local ‘spinach’, mangos, lumpy local lemons, small aubergines/egg plants, cucumbers, garlic, ginger, okra, pineapples, red cabbage and green peppers.
There was far more produce available now than there was in June when we first arrived.
I bought the okra not really knowing what I wanted to do with it other than I wanted it to be crispy.  I found a recipe that used Suya Spice, which is an African spice and peanut mix, which I had never heard of but it sounded interesting so I found a recipe for it. The Suya Spice is mixed with Mayo in the recipe.  I added yoghurt and think would only use that in future. It made a really nice peanuty, savoury, spicy dip for young small okra - quartered lengthwise, dipped in milk, tossed cornmeal and then deep fried.
It was quite nice, but it was the dip was what made it special.  The complicated recipe that inspired me - Crispy Okra from Olive magazine.  Mine doesn’t look so different. :) 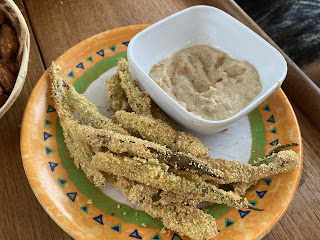 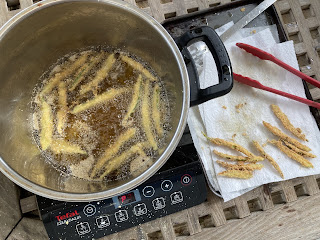 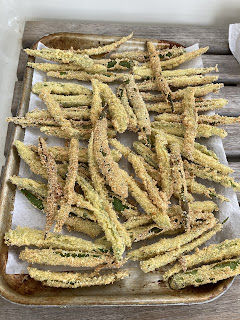 More to come tomorrow, including Vanua Levu, but I feel the need to get this posted now!