A few days after our arrival at the anchorage, a short dinghy ride up river brought us to the home of Bernard, a German ex-pat who with his Guyanese wife made a home in the jungle on the banks of the Essequibo River. Again, those who had been before, Mark and Willi on LiaHona, arranged the visit and provided transport in their 30hp rib.  It would have been a long slow journey in with our little 5hp dinghy, so we were very grateful. 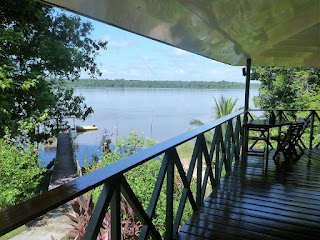 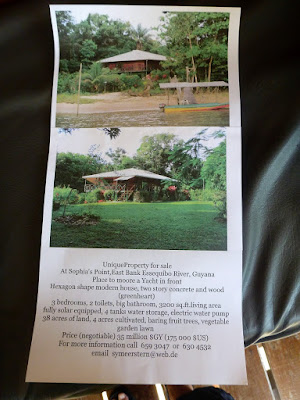 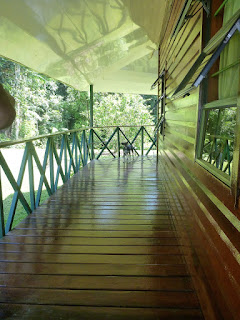 FYI: You can look at any of the photos in their original size by clicking on them, in case you are interested in purchasing a unique property on the banks of the Essequibo River. 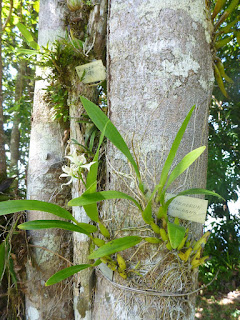 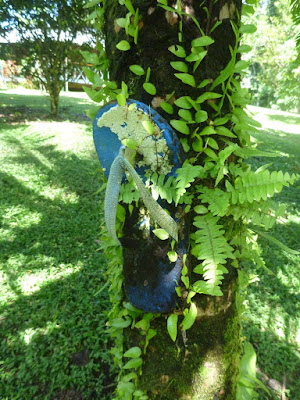 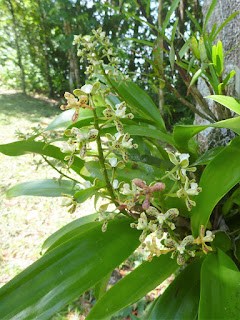 The first and third photos are of orchids that grow wild in the rainforest canopy.  Sometimes they are dislodged by wind or rain and drop to the ground.  Bernard has collected some of these and attached to a tree trunk down low where you can see them.  He has added little handwritten notes with the genus and species of each plant.  The middle photo with the flipflop nailed to the tree is something Bernard's wife did that was meant to protect the tree, and maybe the whole garden - I can't remember now!  Wah! 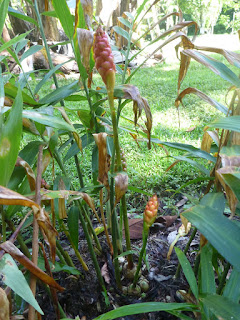 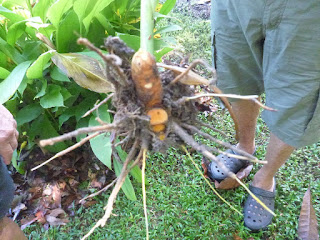 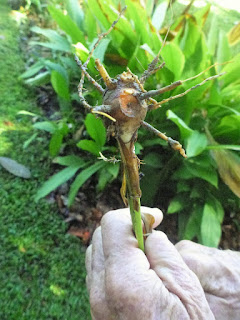 Bernard had a large bed devoted to ginger and turmeric.  The pinky orange Ginger flowers are often used in tropical bouquets and you can see the ginger roots at their base.  Turmeric is called saffron by the locals down in the southern Caribbean.  Even the supermarket packets will called powdered turmeric saffron but will have turmeric in parentheses below it.  Both Debbie and I went away with a handful of the fresh ginger and a turmeric plant each that Bernard potted up for us. 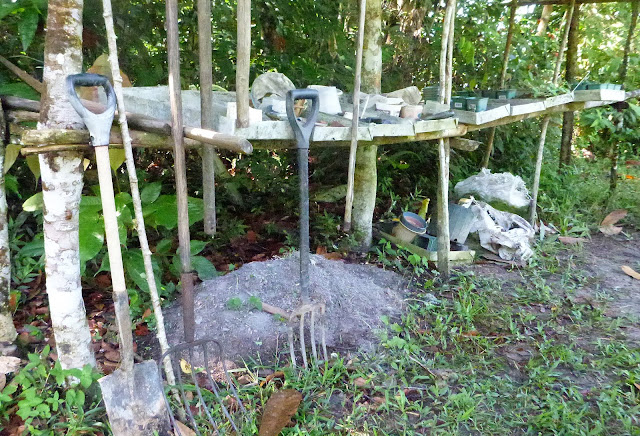 This was Bernard's potting area.  He makes his own compost from household waste and mixes it with stone powder that he gets from the quarries nearby.  The jungle soil isn't suitable for many of the plants he grows so he makes his own. 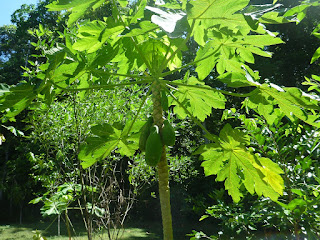 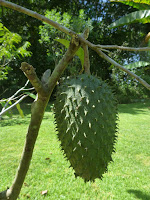 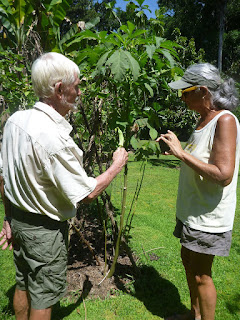 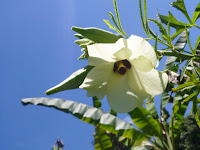 From the garden we have papaya or pawpaw; soursop which is a fruit with a spiky green skin, white flesh and beautiful black seeds that is used for making a fruit drink of the same name. Next comes Bernard and Willi with an okra pod.  (Okra grows on trees!  Who knew?  Certainly not me.  I had pictured them dangling from short bean-like plants.).  Lastly is an okra flower with a bunch of okra just behind it. 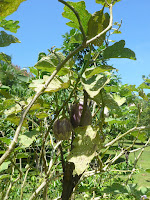 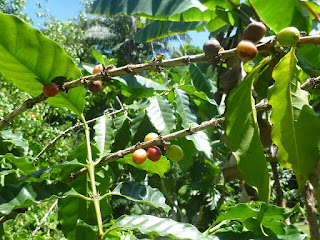 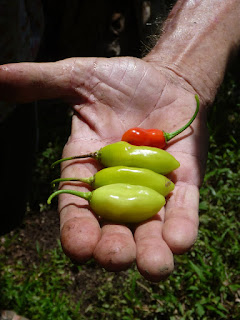 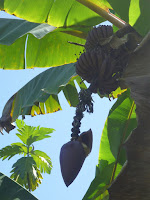 Another surprise for me was that aubergines or egg plants also grow on trees! You can see them in the first photo.  Bernard grows, dries, roasts and grinds his own coffee beans.  He also grows peppers - these are called 'seasoning peppers' and you find them in every shop and market in the south Caribbean.  They are not especially hot but give a nice flavour. Lastly, these bananas aren't quite a green as the look because they are Red Bananas.  Those of us from more temperate climates will probably only see one or a couple of varieties of fruits like bananas, avocados, and mangos when there are many of varieties of each. 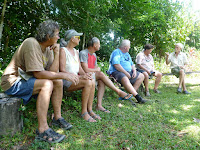 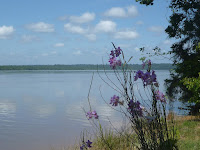 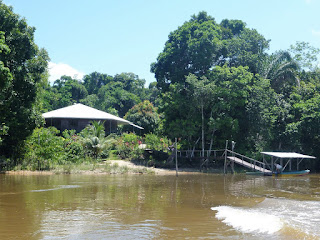 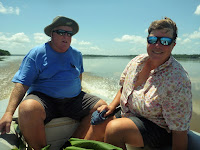 Our group listening to Bernard; the view across the river from the dock; a last look at Bernard's remarkable home; our fast trip back to the anchorage with my fellow Canadians Dick and Debbie.

It really was a interesting visit and the property has rainforest that we didn't get a chance to explore.  Its always good to have a reason to visit again. :D
Posted by Yachtlarus at 13:03