It's almost a year since Susan's and my road trip up and down the North and South Island.  South of Rotorua, where we visited the Whakare Thermal Springs, lies Mount Tongariro. Mount Tongariro is famous for it's one way19 km hike.  Transportation can be arranged to bring hikers back to the carpark at the start of the track.

It is also famous for being used in the Lord of the Rings films for Mount Doom. 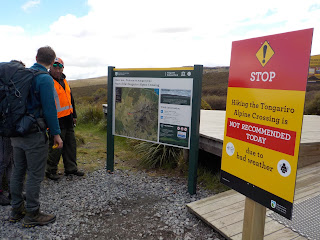 We had no plans to do the whole walk regardless of the recommendation. 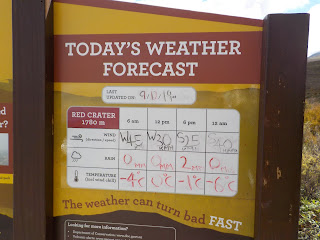 Brrr. So off we headed off for the short hike to the Soda Springs. 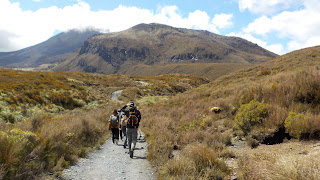 This well prepared lot quickly passed us and probably made it up and over Tongariro before we got back to the carpark. 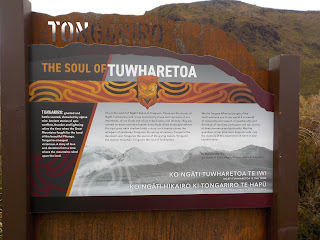 The mythology is wonderful. 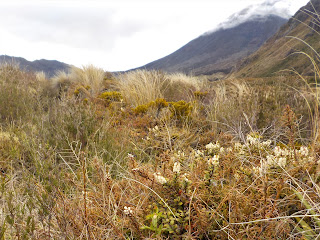 The scenery is stunning. 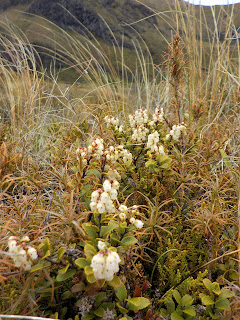 And the Alpine vegetation unlike anything we had yet seen in New Zealand. 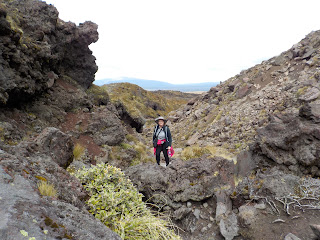 Can't you just picture Frodo and Sam clambering over the rocks of Mordor?  During the walk I'd let Susan get ahead for the pleasure of running after her and calling, 'I'm coming, Mr Frodo. I'm coming!' I don't think Susan fully appreciated the depth of my nerdishness until then. 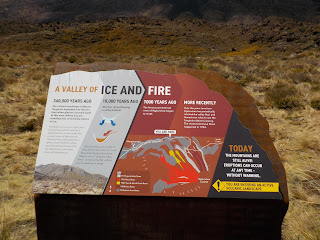 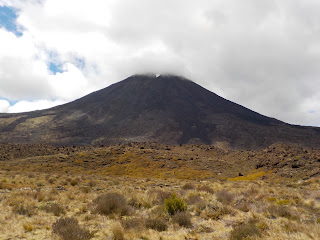 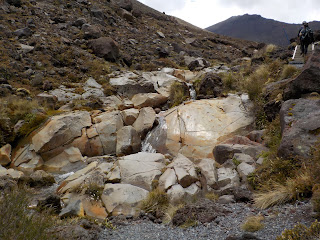 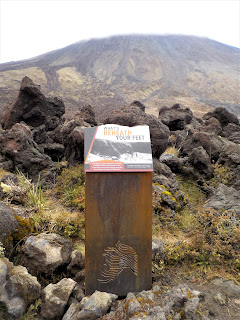 There was a lot of information provided on the sympathetically designed signage. 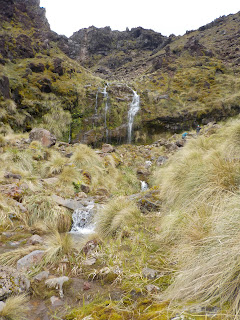 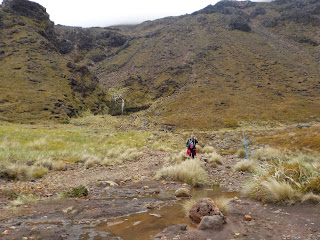 It was a soggy, wet, slippery hike to the base of the falls. 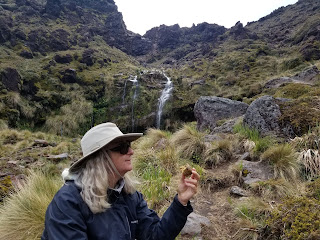 On our way to the spring, we met an 'old as we were' lady taking photos with a young woman who was her guide for the day.  We chatted for a bit and the guide asked what we were up to.  I replied that we were heading up to the Soda Spring, where we'd have second breakfast, and then come back down.  'Good on ya', she said after a moments thought. So here you see me contemplating my second breakfast. 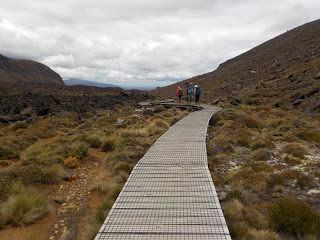 The paths were well tended and a lot of effort was made to ensure that hikers are aware that the alpine ecosystem is fragile and that they should keep to the path. 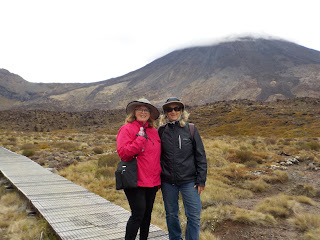 We met a couple of lads on the trail and took turns taking photos of each other.  From our start in the morning, the weather definitely had turned colder and we were glad to be on our way down.  Only one of the guys in rather short shorts was doing the whole walk and looked woefully ill prepared, but he did seem determined. 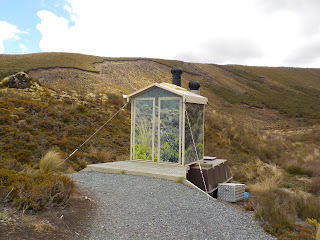 New Zealand is quite creative when it comes to public toilets.  This was the first of many blog worthy bathrooms I have seen. : )  Picturesque and eco friendly to boot. BYOTP.
We did make it back to the beginning thoroughly tired and footsore.  It was only about 7 km return but it was the first long walk we'd done.

Back in the car we drove from the foothills of Mount Tongariro to the ski village in the clouds of Mount Ruapehu. 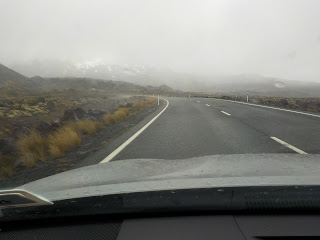 It was memorable as a drive up into the clouds. 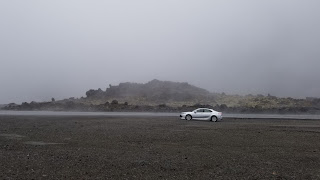 It looked like we had parked on the moon. We must have got out to look at something but I can't for the life of me remember what.  We then headed home for an early night and early start the next morning, west to Napier, famous for it Art Deco buildings and waterfront.
For more information on the area - Tourist Tongariro, including info on LOTR filming in the area, and for Tongariro National Park information on tracks and conservation.