Better Late Than Never: A short visit to Essex, Connecticut

After leaving Boston we made our way back to Newport, RI where we met with sailing friends and  long time Canadian friends before starting south once again.

This was a fairly leisurely affair and stopped frequently, often in the company of friends on sailing vessels Tourterelle and Aura.

We made a special journey and travelled up the Connecticut River to the historic town of Essex to meet up with an ex-colleague of Tim whom he hadn't seen since he left the UK. 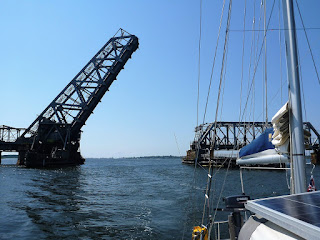 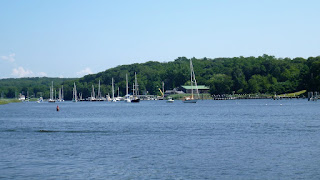 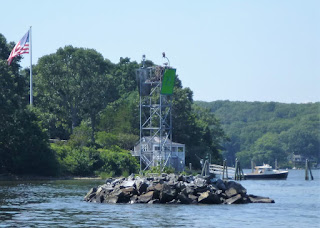 Entering the Connecticut River by way of a lifting railway bridge, which opened and closed without fuss or fanfare as we arrived and departed; Picturesque anchorage in a tributary of the river; Ospreys nesting on a navigational mark.  There were nests on just about every substantial marker we came across all down the East Coast. 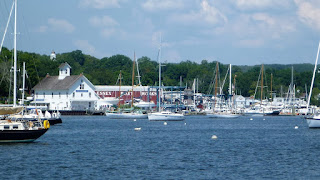 First settled in 1648; The Waterfront today; The quayside and Town Square which was full of people thanks to a musical event. 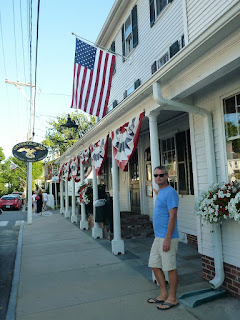 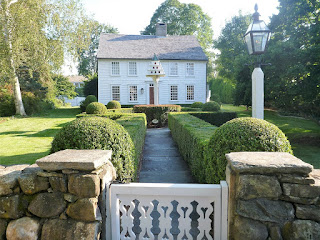 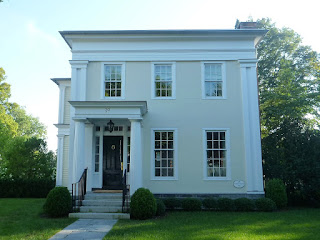 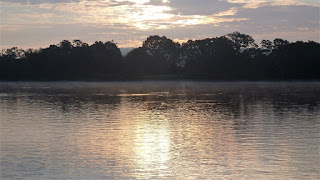 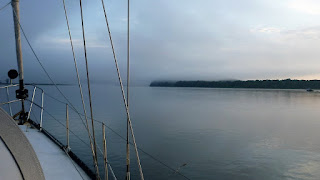 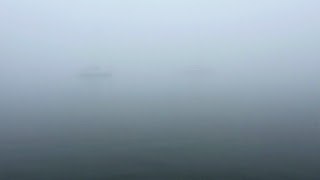 Morning has broken over the Essex Anchorage; Seems to be a bit of fog in the distance; A real pea-souper. You can just make out a yacht at anchor about 100 metres away.

Our next port of call was Port Washington, which would be our base while we visited New York City.