Boston seen from the sea on a particularly calm and blue-tiful day.   This panoramic view feels rather like the first view of the Emerald City in the Wizard of Oz.  It looks so lovely and up close, we were not disappointed at all.

There was so much going on all the time in Boston Harbour.  There were planes landing and taking off to the right.  There were ferries travelling up, down and across the river.  There were leisure boats sailing and motoring in all directions. 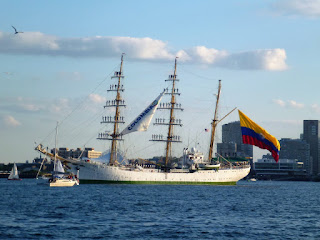 And then there were the Colombian sailors on their square rigger, who, come rain or shine, would climb up and on to the yard arms twice a day.  Once in place, the Columbian National Anthem would be played at volume.  It really was quite exciting and we had a terrific view from the only anchorage, which located on the far side of the harbour.

As the trip back across the harbour was too far for our dinghy and 5ho outboard, our plan was to take our dinghy ashore to one of several marinas nearby and then use public transport to visit Boston.  It would have been a great idea except for the fact that the marinas where having none of it.  Their reasoning was that they have security gates and they weren't happy giving us the code even for a dinghy mooring fee.

This left us no option to arrange to pick up a mooring a the Boston Harbour Sailing Club. They have no club house, dock or pontoons but they do have moorings with the most wonderful views of the City Centre. 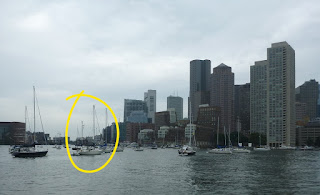 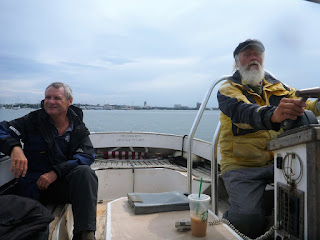 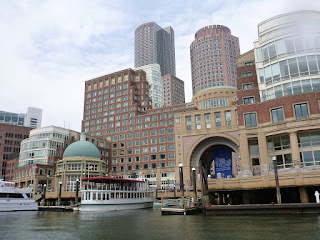 Larus on one of the Sailing Club moorings, which felt much tighter than they looked; On our first trip ashore on the Sailing Club launch (included in the price of the mooring, thank goodness) we discovered that the price shown on the Club's website was woefully out of date and we would be paying $65 a night rather than $40.  It was such a convenient service, being dropped off and picked up by the building with the green rotunda roof, that we bit the bullet and stayed for two nights. 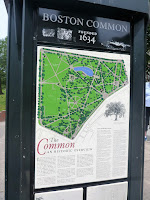 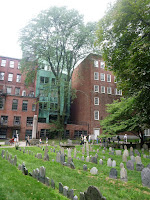 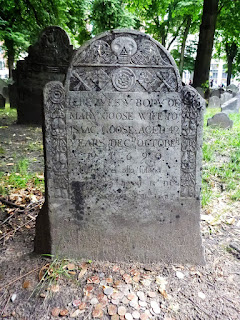 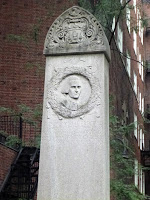 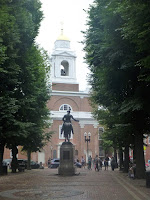 We took a Freedom Trail walking tour which started on the Boston Common. We followed our guide along with dozens of other tour groups.  The King's Chapel Burying Ground was most interesting to me at least.  I recognised names like John Hancock, Paul Revere, Samuel Adams from US history but Tim only recognised one. Tim's 'Samuel Adams' is the flagship beer of the Boston Beer Company, which borrowed the name of one of the Founding Fathers of the United States for its top brew.  I found it very funny telling Tim about Paul Revere's midnight ride, shouting, 'The British are coming! The British are coming!'

We came across The New England Holocaust Memorial while wandering around the market area of Boston.  It is a moving memorial to the Jewish men, women and children killed by the Nazis in the Second World War.  Do follow the link above to the official website as my photos did not do it justice at all and do not show what the various areas of the Memorial represent. 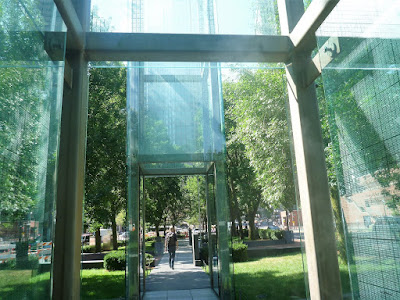 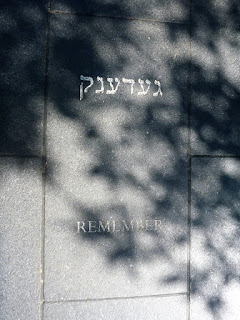 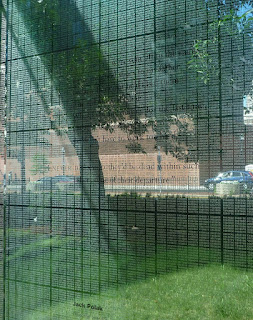 Boston is a very good looking city; a wonderful mix of historic and modern buildings  The sidewalks in much of the city centre were cobblestone, which I find really attractive. 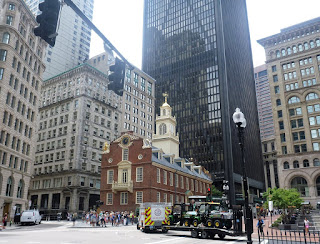 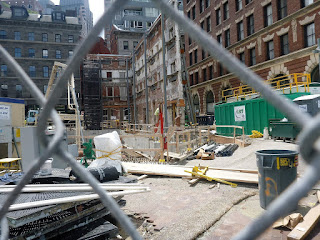 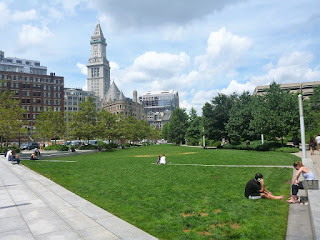 The Old State House surrounded by a mix of less old and quite new buildings; A construction site where they are taking a lot of trouble to retain the demolished buildings façade; One of the many green spaces in Boston.

A panorama of Boston at dusk from the aft deck of Larus  taken our last night on the Boston Harbour Sailing Club's mooring before beginning to work our way south through the Cape Cod Canal.