Better Late Than Never - East River, and Statue of Liberty 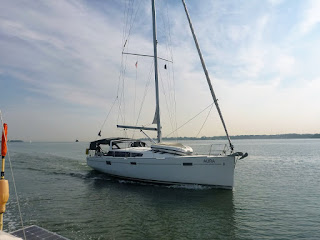 Tortourelle had left the day before, so just Aura and ourselves who left Port Washington mid-morning so that we would have the tide with us while we navigated our way up the East River.

There will be lots of photos of Aura as we followed her up the first half of the river. 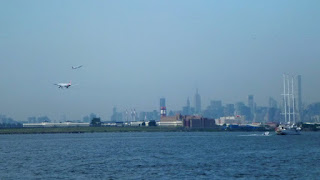 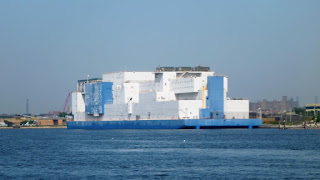 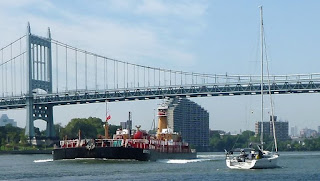 Planes landing and taking off, a prison ship and a really big barge (or should that be large barge?).  I also saw a murmuration of probably starlings in the distance but the photo was a bit of a let down. 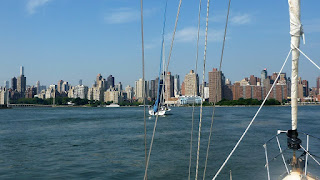 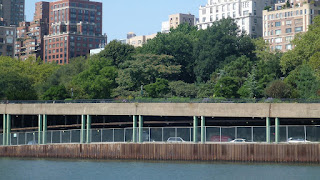 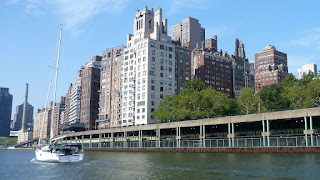 We came around a bend in the river and there was the city;  It was fascinating to see the below sea level road with people walking in the park about it.  This must flood at every high tide; Aura leading the way. 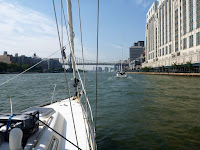 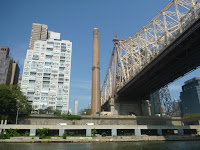 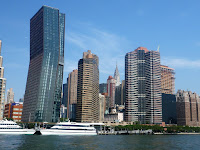 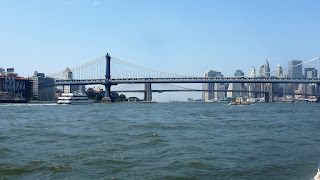 Chugging along after Aura; Cheek-by-jowl city planning;  That Chysler Building (the pointy one in the background) popped up between different buildings in different views as we followed the bends in the river; It was so interesting to see from the river the places we had previously passed on foot.  The second bridge is the Brooklyn Bridge and if you click on the photo to see it full size, you'll see the Statue of Liberty beneath it.

I do love the panorama shots. It really looked like that - Brooklyn on the left and Manhattan on the right. We have a new camera now which takes very good pictures, but we have yet to figure out how to do the panoramas.

We've passed under both bridges and the Statue of Liberty is to the left of the bow. It was very exciting seeing her come into view. 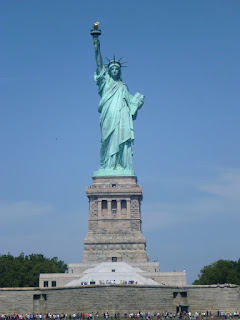 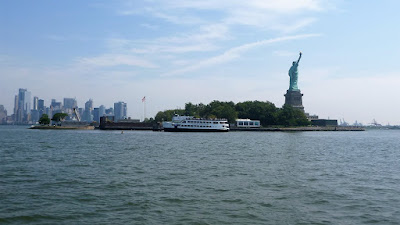 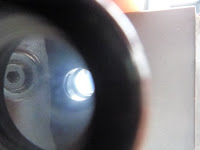 There's the money shot.  FYI most of the people at the base of the monument are watching the solar eclipse; The view from the anchorage; The inside of a sextant that we used to view the eclipse.  It's quite tricky to see through sextant with your eye, so the hope that we would be lucky enough to position the camera to do it, was wishful thinking at best. 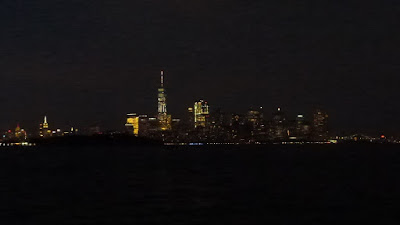 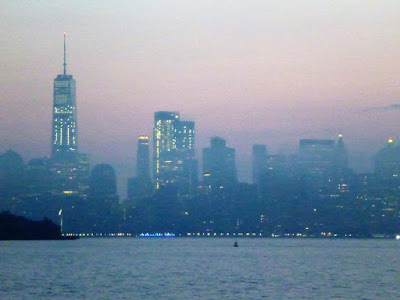 Photos that Tim took of the city last thing at night and then first thing in the morning. 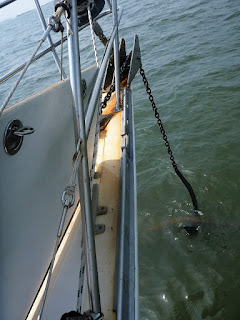 Once we were ready to go, we started to haul up the anchor and found that we had accidently picked up a cable, which may or may not have been the cable providing power to Liberty Island.

To drop something like this once you've picked it up can be a little tricky, but Tim us free of it in record time.

He tied a line onto the cable and cleated that off on the deck.  Then he lowered the anchor once it was clear of the cable we hauled it back up and then dropped the cable back over the side.

That done, we left NYC behind us and carried on making our way toward The Chesapeake.