At the beginning of December, my friend Susan flew down from the ice and snow of Ottawa for a Hobbit-centric visit to Middle Earth New Zealand.

First on our list of things to do was a tour of  Hobbiton the Hobbiton Movie Set.

Our tour through started at The Shire's Rest, which is the carpark, meeting point, restaurant, picnic area, gift shop, ticket office and place where you join the bus that takes you to Hobbiton the Hobbiton Movie Set.

On the bus, we were driven through a working farm while a short video by Peter Jackson welcomed us to Hobbiton the Hobbiton Movie Set.  Our tour guide was a young lady called Lola who hadn't even been born when the last film was released. We felt very old indeed. 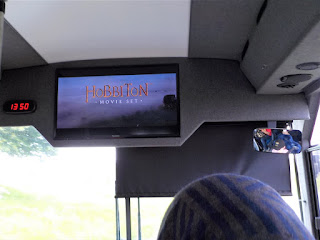 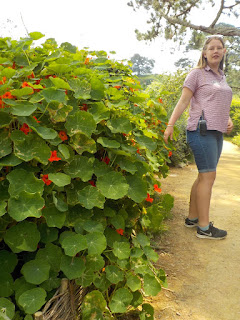 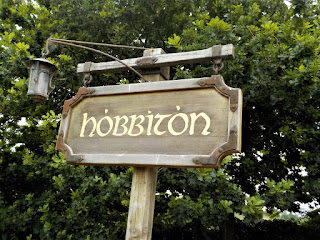 I have to say we enjoyed it thoroughly.

Once off the bus, Lola gave us a brief introduction to Hobbiton, which included asking, who had read the books, who had seen the films and who had done neither.  A surprising number of people had done neither! 'Shame!  Shame!' I chanted. That would probably have got a bigger laugh if I'd said it in Japanese. We were more than a little perplexed why anyone but a fan of The Lord of the Rings would be willing to shell out $83 NZ for a two hour tour.

Lola had lots of information and stories about filming and the set itself.  How the Alexander farm became one of the most visited attractions in New Zealand is covered in this article -
Hobbiton From Family Farm to Film Fame.

It is easy to see why this was the location chosen to become Hobbiton with its gently rolling hills and picturesque valleys.  I be truthful, much of the New Zealand country side looks like the Shire to us.

The attention to detail was impressive. 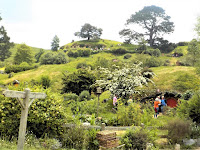 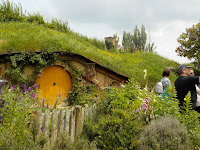 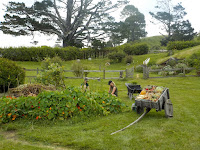 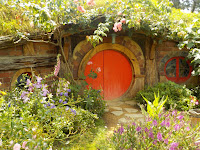 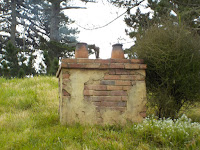 Our first view of the Hobbiton; Hobbit hole with yellow door.  The Hobbit holes are all facades, so there was no interior with perfectly round hallways or tiny furniture. There were 3 sizes of façade so one could look Man, Dwarf or Hobbit-sized; There were real gardeners tending the vegetable gardens. We were told that plants in the ground were real and any in a container, like the cart in the 3rd pic, were fake.  The flowers were wonderful.  We visited in December and it wasn't too hot; now in February much of New Zealand is suffering from drought. I don't expect that Hobbiton today is as green and lush as it was then; Human sized tiny hole with red door. If you look carefully you can see 'smoke' drifting out of the chimney pots. 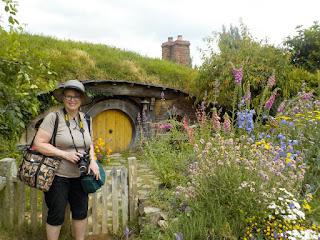 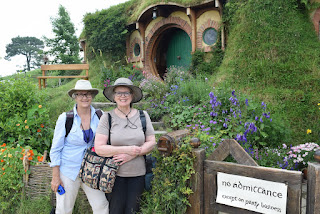 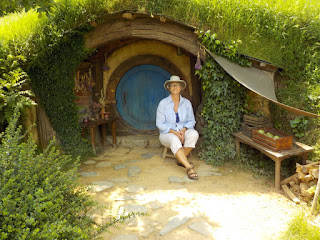 A few locations of special interest - to us anyway. 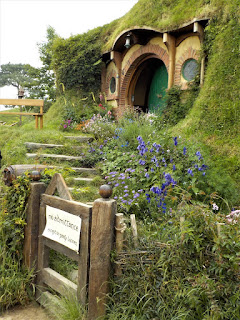 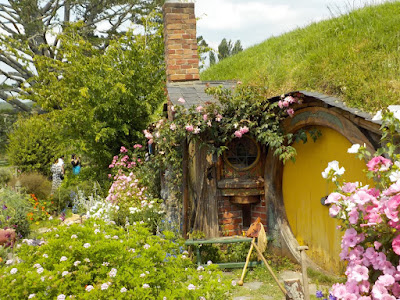 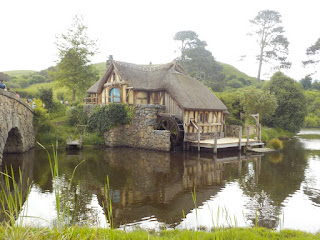 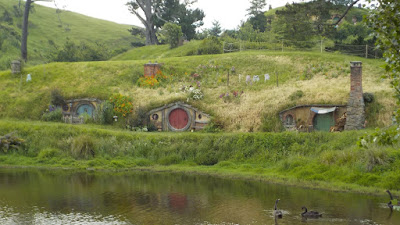 Bag End, No Admittance except on party business;  Sam and Rosie's home where Sam returned to Rosie and daughter Elanor at the end of the Return of the King; the Old Mill and bridge across the Bywater; possibly Bag Shot Row, which was razed to the ground by Saruman in the ROTK, but was not included in the film. 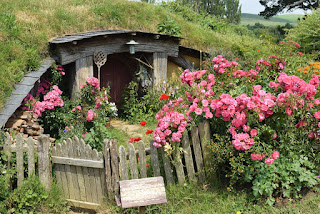 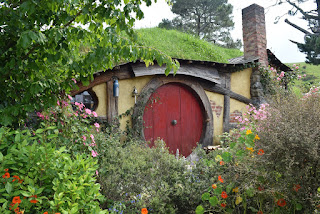 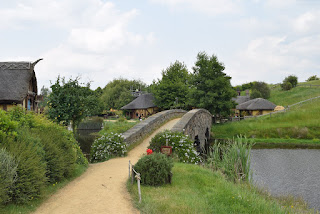 Roses and rug beater; Red door and chimney; looking over the bridge, past the Mill to The Green Dragon Pub. 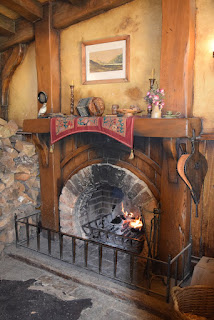 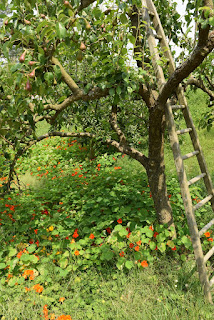 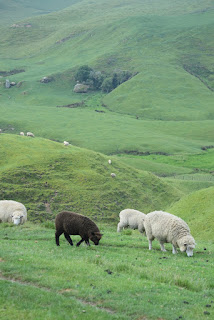 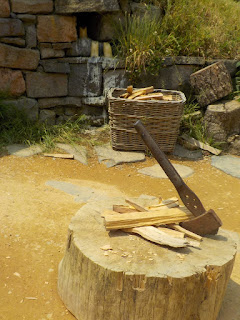 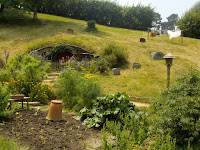 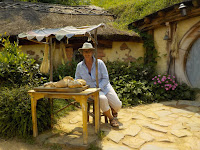 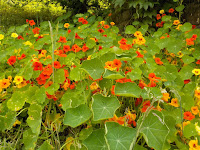 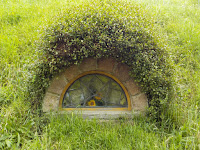 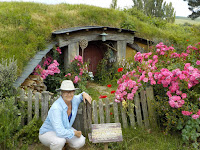 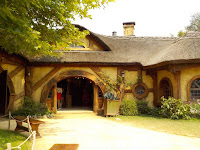 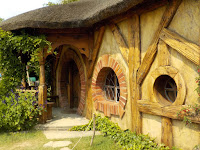 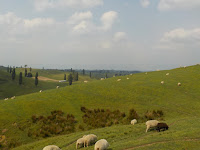 It really was fun, but what you don't see is are all the other groups of visitors being led through and moved along when they dawdled of stepped off the path.  It is a very popular place and if I was to do it again, I would book an early tour and go in the cool of the morning.

All in all, we enjoyed it immensely.
Posted by Yachtlarus at 19:08