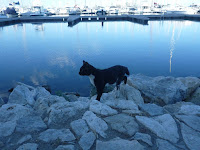 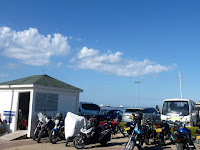 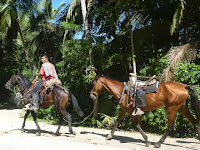 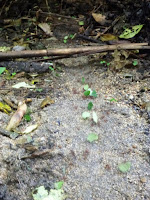 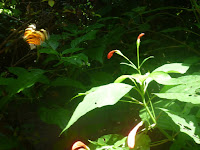 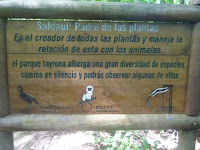 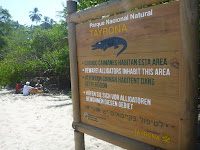 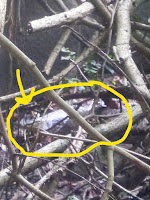 Pic 1 - one of the many feral cats in Santa Marta, though it anywhere in the Caribbean. Pic 2 If you look in the sky you will see numerous flying insects.  You're need a better camera and photographer to do justice to the hundred of dragonflies hovering over the marina.  Not having much Spanish, I pointed to the dragonflies while looking puzzled and the security guard said, 'Prima vera.' So these were 'first day' or newly hatched dragon flies.  It was quite amazing to see and happened twice to my knowledge while we were there. Pic 3 - Horses in  Tayrona National Park  though you often see horses being used for hauling carts outside the city centre. Pic 4 - Ants busily carting away neatly cut manageably sized leaf fragments. Pic 5 - One of many that got away - a tiger stripped butterfly moving on to the next flower. Pic 6 - Critters that one might see in the park... but we didn't. Pic 7a and b - We, unlike some took notice of the warning but didn't actually see any until eagle-eyed Tim spotted one through the shrubbery at a rest stop.  The arrow points to her head and we know it was a lady alligator because we could see at least three babies with her. 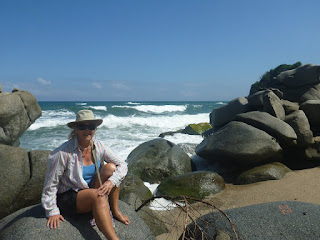 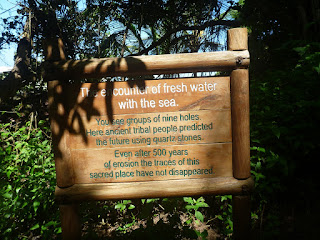 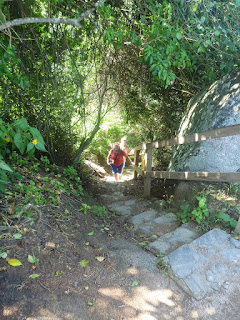 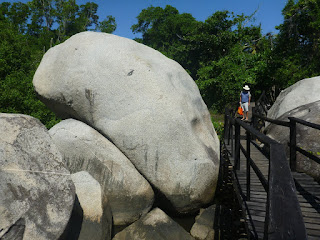 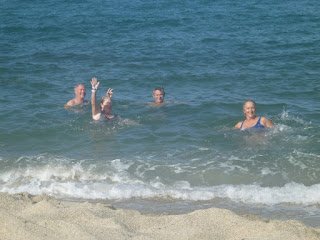 The park has a number of trails and we walked just over 3 km, over rocks, up and down steep paths and finally into the water at the beach at the end of the trail.  The park was a great experience.  It is good to know that there are protected places for the indigenous people.  The park will soon be requiring visitors to be vaccinated for Yellow Fever. This is not to protect the visitors, it is to protect the indigenous people who have begun to contract yellow fever from mosquitos infected by visitors, 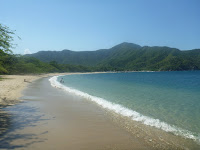 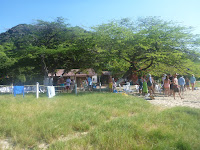 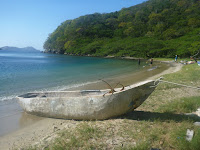 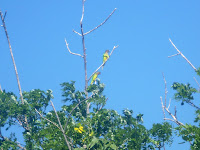 On one of our last days in Santa Marta, we were treated by the marina to a Beach BBQ in Tayrona National Park.  It was a beautiful venue under the trees next too a long curve of pristine beach.  To the left up the beach, gradually filled up with day trippers and day boat; To the right was left free for the local fishermen and the green parakeets.  A wonderful time was had by all.

Next stop for the Rally was Cartagena where we still are until the 3rd when we're once again on the move.  More about Cartagena very soon.